We’re delighted to announce that ‘The Watchmaker’s Apprentice’ won one of the top prizes at the prestigious WorldFest Houston Film Festival at the weekend!

With hundreds of other filmmakers receiving awards at the festival, from over 30 different nations, it was a real achievement for the team to be given such a well respected prize. We hope it will help to get our film – and the extraordinary men it features – out to a wider audience. 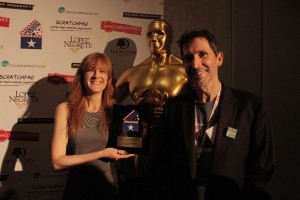 Two US screenings, an award and a release date
But, when can we see the film?!