But, when can we see the film?!

June 16, 2015 Christy D Uncategorized Comments Off on But, when can we see the film?!

This is a question we get asked a lot.

It’s lovely to be asked, as it means people are genuinely excited about our documentary! And we’re extremely grateful for the support (and patience) of the film’s growing fanbase.

We do now have a UK distributor – the quintissentially British “Bulldog” – who will look after the UK DVD release as well as online/digital sales. Now that all the technical aspects are sorted out and the film is in the final production process, we can confirm that we are working to a release date through Bulldog of AUGUST 10th. We will of course post all links to sales points on our website as soon as we have them, and we will let you know as soon as we have an international release confirmed. 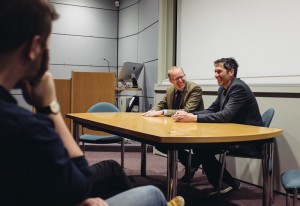 In the meantime, both Director Dave Armstrong and Roger W Smith – the Watchmaker’s Apprentice himself – were recently invited to Birmingham City University to attend a Q&A screening for students.

You can read about their visit on the WatchPro website here.  If you were there, we do hope you enjoyed it!

Also, in case you didn’t see it first time around, here is the news piece on MTTV about our win at the International ‘WorldFest’ film festival in Houston, with Founder Hunter Todd describing it as ‘..one of the most remarkable documentaries I’ve ever seen’:-

Many thanks for your continued support, and best wishes to all.